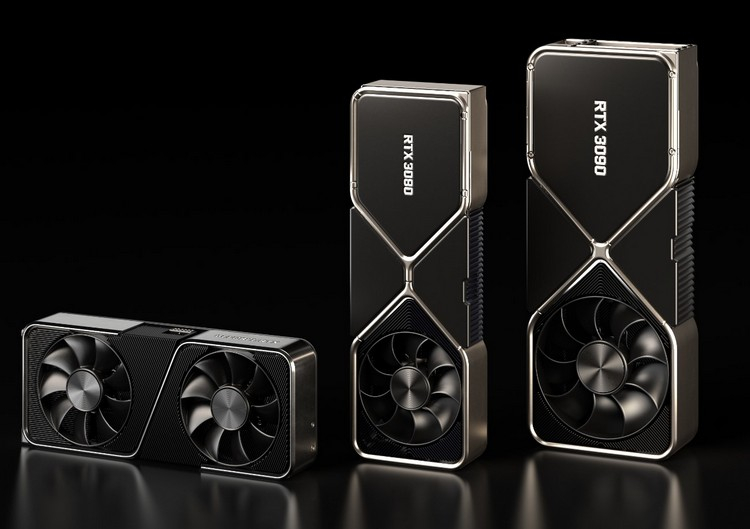 Today, September 1, 2020, Nvidia announced a new generation of graphics cards, codenamed Ampere. The most powerful RTX 3090 ($ 1499) and RTX 3080 ($ 699) graphics cards will go on sale first in mid-September 2020, followed by the RTX 3070 ($ 499) in October. This time, Nvidia delighted its fans. in terms of technical characteristics, the new generation of RTX video cards surpasses the previous one in all respects, and significantly, which cannot but please gamers and miners, especially since the prices have remained at the same level. Next, we will compare the announced Nvidia RTX 3000 graphics cards with the generation of GTX 1000 and RTX 2000 and try to make a forecast of the performance of video cards in cryptocurrency mining.

All specifications are taken from the official site Nvidia.com and from the presentation on Youtube.

And the first thing that surprised us was the increase in CUDA cores by more than two times from 4608 for the Titan RTX to 10496 for the RTX 3090, while also increasing the performance for Ray Tracing and tensor calculations. At the same time, the transistor budget did not grow so much, but only by 50% from 18.6 billion transistors to 28 billion transistors for the largest GPUs (Titan RTX and RTX 3090).

At the same time, the technical specifications do not indicate how many RT blocks and tensor cores are used in the new generation of GPUs, which leads us to the idea that CUDA blocks have become universal, i.e. each Cuda core has blocks for tensor computation and ray tracing.

As another option, Nvidia can mislead us by pointing out the sum of three blocks under the Cuda cores: Cuda for computing, Ray Tracing cores and Tensor cores. But let's not think badly about Nvidia and dwell on the fact that the number of Cuda cores for computing in the 3000 series has actually doubled more than twice. 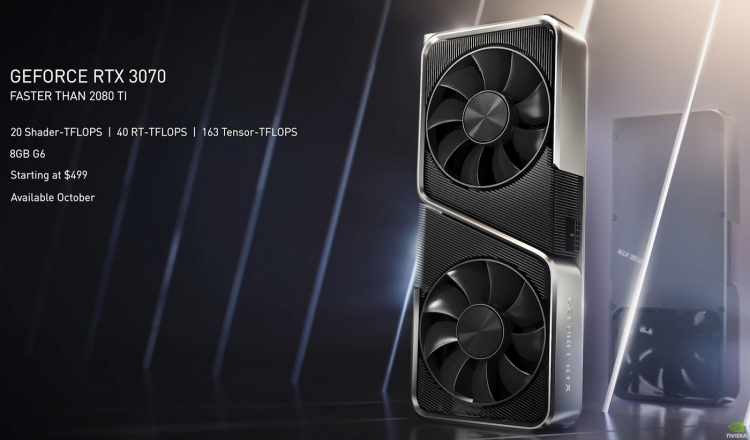 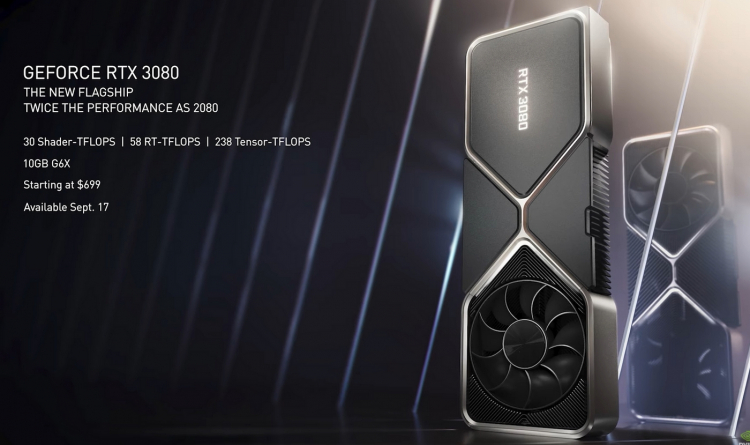 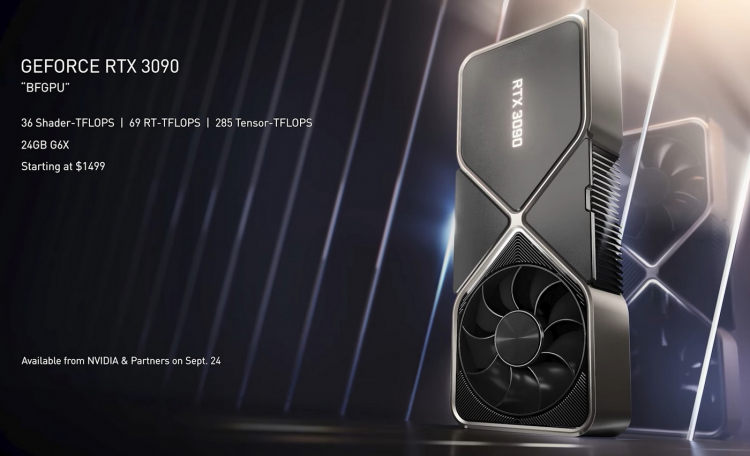 Conclusion: Until it becomes finally clear how Nvidia managed to increase the number of Cuda cores more than twice with an increase in the number of transistors by only 50%, all our forecasts for the hash rate of video cards can be considered as information. Because It is possible that Nvidia has implemented a completely new architecture of Cuda cores in the RTX 3000 series video cards and a simple comparison of performance in GFLOPS GPU and Gbit/s memory systems will not work here. Especially considering the fact that the older RTX 3080 and RTX 3090 models have new GDDR6x memory for which miners have yet to optimize for mining cryptocurrency. If we recall the generation of Pascal, when the new at that time GDDR5X memory was also in the GTX1080 and GTX1080ti video cards, then at first these video cards showed performance on the Dagger Hashimoto algorithm at the level of the mid-budget GTX 1060 and GTX 1070 video cards with traditional GDDR5 memory.

Actually, because of this, you should not consider now these video cards for purchase for mining, For some time they can show significantly lower results in mining until the developers of the miners optimize their software for new video cards.