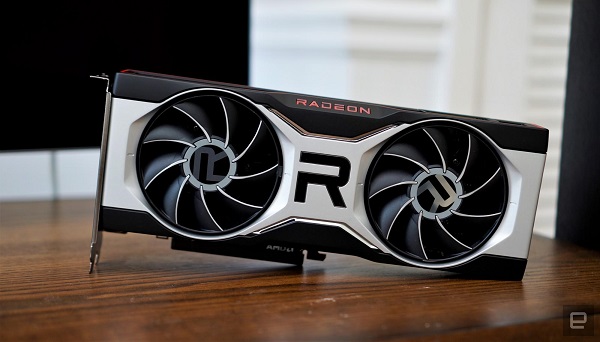 AMD's Radeon RX 6700XT video cards when mining Ethereum cryptocurrency show mediocre results - 45-50 MH/s, which is much worse than the 60-65Mh/s that the previous generation RX 5700XT video cards show. This is primarily due to a decrease in the memory bus width from 256 bits to 192 bits, but the power of the GPU itself has significantly increased. From this we can conclude that the GPU power of the Radeon RX 6700XT video card when mining Ethereum is excessive and it can be undervolted to the maximum.

In principle, everyone does just that, reducing the core frequency to 1100-1150 Mhz instead of the standard 2500Mhz. The core voltage is also reduced to a minimum of 912mV instead of 1200mV, which AMD driver tweaks can allow.

The memory frequency for Ethereum mining, on the contrary, is set to a maximum of 2150Mhz and the Fast Timings option is enabled.

Say a good result, but what if, by not tricky actions, the power consumption of the video card can be reduced by another 10-15W without losing the hashrate.

To do this, we will have to bypass the limitations on the minimum voltage values ​​of the GPU chip wired into VBIOS. What is done in 5 minutes.

To do this, we need the GPU-Z, program to download the modified BIOS of the video card. 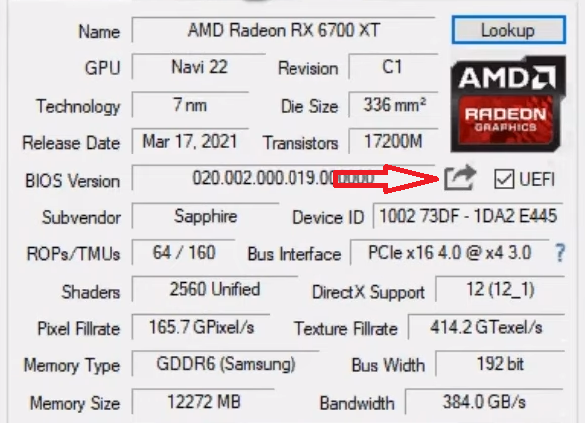 The second program is MorePowerTool you will need to change the BIOS. 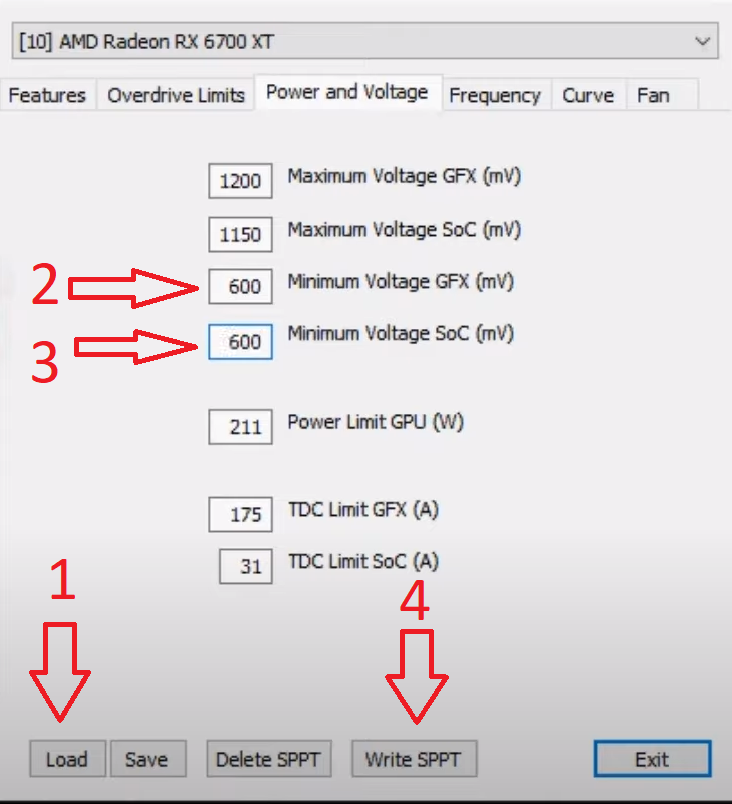 1. Select a video card in the list of installed

We set the minimum GPU frequency to 500Mhz, and select the maximum in the range of 1100-1150Mhz, or you can leave the GPU frequency that you selected earlier when you were looking for optimal settings without changing VBIOS.

In our case, the drivers of the AMD Radeon RX 6700XT video card themselves set the GPU voltage to 675mW, which reduced the power consumption of the video card from 110W to 95W. At the same time, the hash rate remained in the same range of 47-48Mh/s.

Important! When the voltage on the GPU decreases, its temperature decreases, due to which the speed of the cooling system fans decreases. the fan speed depends on the GPU temperature. On the other hand, the temperature of the memory operating at extreme modes increases due to a decrease in the cooling air flow. Therefore, be sure to check how the cooling system of your video card copes with cooling the memory of the video card after the changes made and, if necessary, set either fixed fan speeds or raise the fan control curve in the same place in AMD Adrenalin drivers.