In technical terms, the Finney smartphone almost completely repeats the flagship Android smartphones in 2018, since uses basically the same SOC SnapDragon 845 and 6 inch 18: 9 screen. A distinctive feature of the blockchain smartphone Finney is a specially developed Sirin OS-certified by Google modification of Android 8.1 Oreo. Sirin OS was created specifically with an eye on the use of cryptocurrency and other blockchain technologies, allowing you to safely and conveniently perform operations with cryptocurrency. For ease of use with cryptocurrencies, the smartphone has a second 2-inch screen that slides out of the screen, which will show all notifications related to cryptocurrencies. 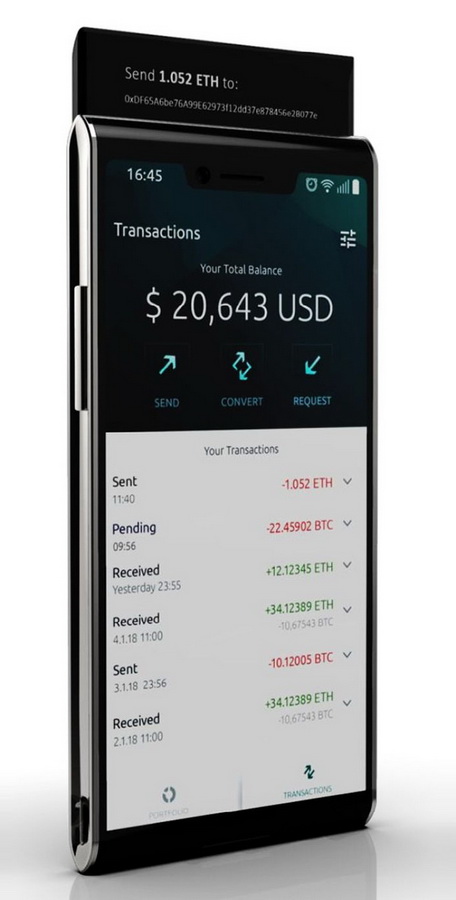 It should be noted that the company Sirin Labs for 2019 plans to create a specialized secure personal computer for working with cryptocurrency and other blockchain projects.