It's time to see what they are capable junior video from the new series of four 14 nm GPU from AMD on the example of the video card Gigabyte Windforce OC AMD Radeon RX 460 around 2 GB. Today we will test this card in Meiningen on Ethash algorithm (Dagger-Hashimoto), as well as to other popular algorithms of mining cryptocurrency.

The Radeon RX 460 is currently the youngest model of the entire line of the new RX model range four seriii AMD GPU. RX 460 GPU contains 896 stream processors, uses the PCI-E 8 lines and is equipped with 2 or 4 GB of 128-bit graphics memory with a frequency of 7 GHz. The biggest advantages of novelty is its low power consumption (up to 75 watts), makes it possible than it is not installed additional power connector. The video card is fully powered via the PCI-E slot of the motherboard. We wondered what kind of performance in Meiningen has a novelty, given its low power consumption. 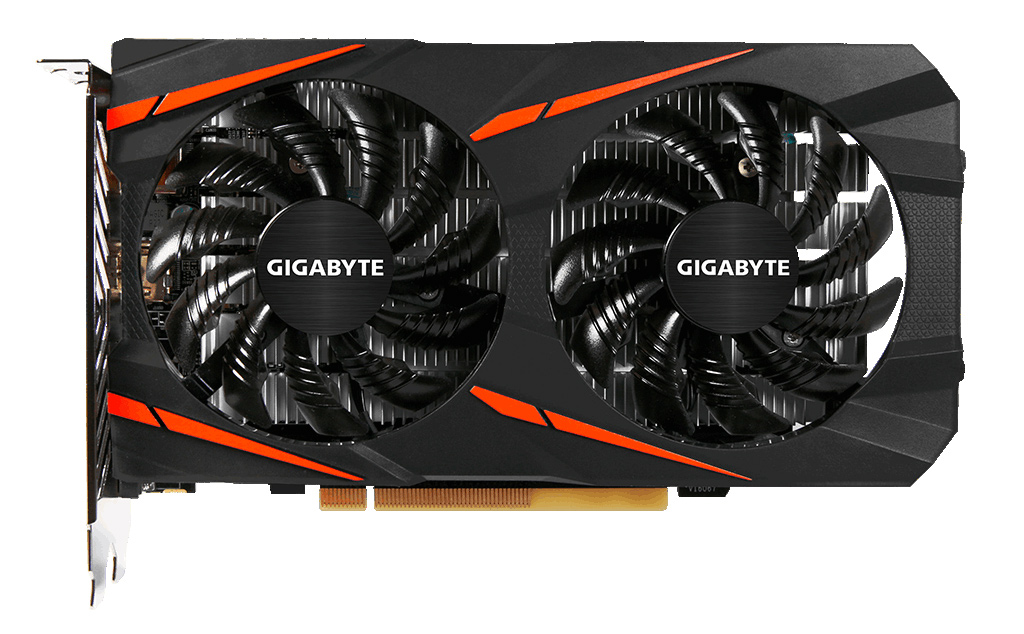 Let's see how high performance Gigabyte Windforce OC AMD Radeon RX 460 with 2 GB Mining Ethereum, using Claymore's Dual Miner. So, using this card we managed to get hashrate 10.9 MHS. This fact is a direct result of the installation in the RX 460 GPU with 128-bit graphics memory. Most likely, in the 4 GB version of the video card we will get about the same results, since it also installed a 128-bit memory running at the same frequency of 7 GHz. As a result, we have received approximately 2 times smaller hashrate than using the RX 470 graphics card, which is set 7 GHz 256-bit memory. 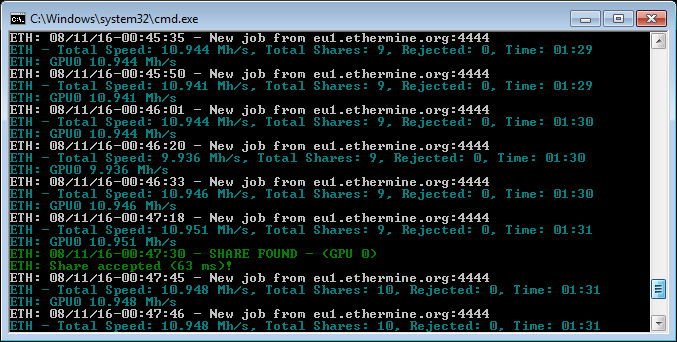 For additional hashrate we decided to overclock the video memory on our test sample. Unfortunately, we were not able to increase hashrate using video memory for overclocking this card, as most likely by increasing the clock frequency of the memory timings her deteriorate, leading to a decrease in the final hashrate.

During our test video at standard frequencies, GPU power consumption does not exceed 60 watts, but most likely you can achieve even lower power consumption at the same hashrate via a fine-tuning of the video adapter. By setting the cooling system default during GPU temperature of mining established at 68 degrees Celsius, while the fans are rotated with CO to 33% of maximum speed. If the set rotational speed of the cooling fan 100%, the GPU temperature drops to 50 degrees, but the noise level increases quite SB.

Here is the situation for other popular algorithms of mining. To test the video card in various other algorithms we use the latest version of miners from NiseHash. As expected, the majority of mining algorithms for the GPU RX 460 was more than 2 times slower than his elder brother RX 470. This is due to the fact that the RX 460 is less than half the stream processors of the RX 470. Thus, while the new 400 series AMD GPU pretty good shows itself in the Mining and other Ethereum cryptocurrency on this algorithm, for most other algorithms of mining innovations lacking "brute force" as the number of stream processors. 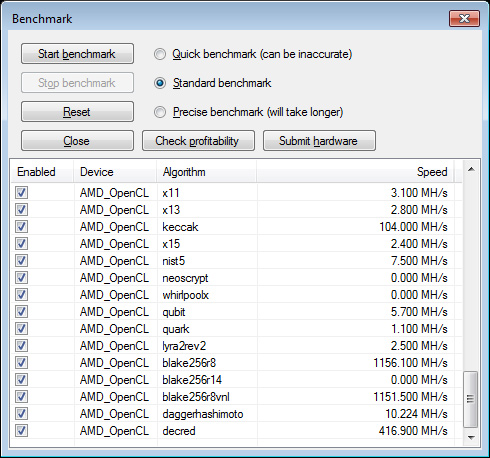